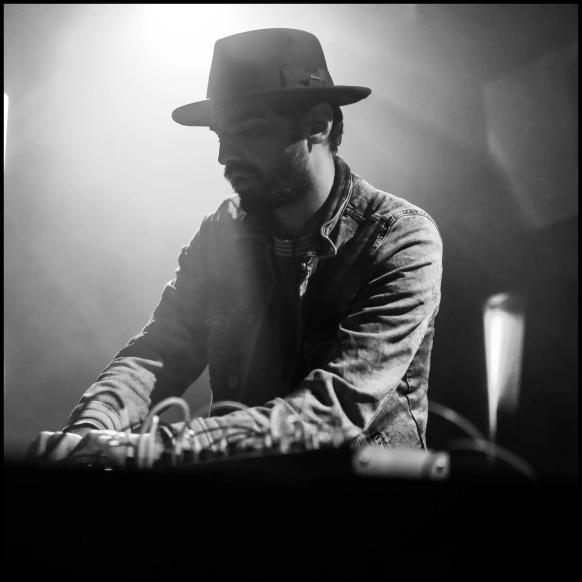 Oceanvs Orientalis living as a dj

Translation of the article published in the print magazine: MegaHz Musica e spettacolo

Oceanvs Orientalis is one of the most representative artists of the generation that for now we could call electro world, in short an “important” producer. And that’s saying a lot when you think about the fact that the Turkish artist, real name Şafak Özkütle, born near Istanbul has declared his hatred for clubs, and also that he approached electronic music very late in his life. Tired of his job as a graphic designer, he spent his last salary buying the instruments he would later use as a DJ working in a friend’s club. His music through Brazilian collective Voodoohop will first arrive in Brazil and then, in the capital Sao Paulo, to the ears of Berlin’s label The Magic Movement. Only two years later, Oceanvs Orientalis will play all over the world, defining and inventing a sound as a musical concept. The starting point for the ex-employee came when he began to mix world music with parts of electronic music and techno, starting with but not only four on the floor Armamentarium that will be then enriched with delays, editing, filters, effects, samples and synths. Not incidental is the use of the production software the Daw.

His is a universe that recalls nature, since the places in Ibiza that he prefers are precisely the beach and forests. The rhythms are not frenetic; the mood is calm with a continuous reference to acoustic and roots. His name evokes the map of the oceans known before Columbus and Şafak has taken the name of the eastern part. His last work, “Ex Nihilo” released by Kanto Records, is a thematic album that puts in sound all the events that led to the birth of life on earth. Thus, between tradition and technology, the harmony of cultures, of which ours speaks to us, has its own space and time: that of creation which ends with the green age.